It seems like I have been hearing about this “Monster” factory Detroit turbo for years. Well, I finally figured out what it was and then proceeded to get my hands on one! From what I understand, they come factory on the Detroit Series 60 HK Engines, which is an industrial version of the common road going Series 60 that we all know and love. This engine looks like it could originally be spec’d with up to 665HP with a 2300RPM rev limit!

With horsepower like that, it makes sense that the stock turbo would be a GO-TO upgrade for guys with highway model detroits looking to make some extra power.

The turbo itself is a Garrett GT4708, which shares a frame size with the GT4702 that came on Cat 3406 + Early C15s of this vintage. What makes this turbo special is that it has a giant BILLET 80MM Wheel in it! This coupled with a fairly small 1.27A/R exhaust housing makes for a pretty rowdy turbo (especially for a stock offering!) This billet wheel is also boreless (meaning the wheel acts at the nut, its threaded directly on to the turbine shaft), which may not come with any direct performance advantages but is a clear indication of superior build quality.

Looking for one of these turbos?!  We have brand new Genuine Garrett versions of this turbo available on our website: 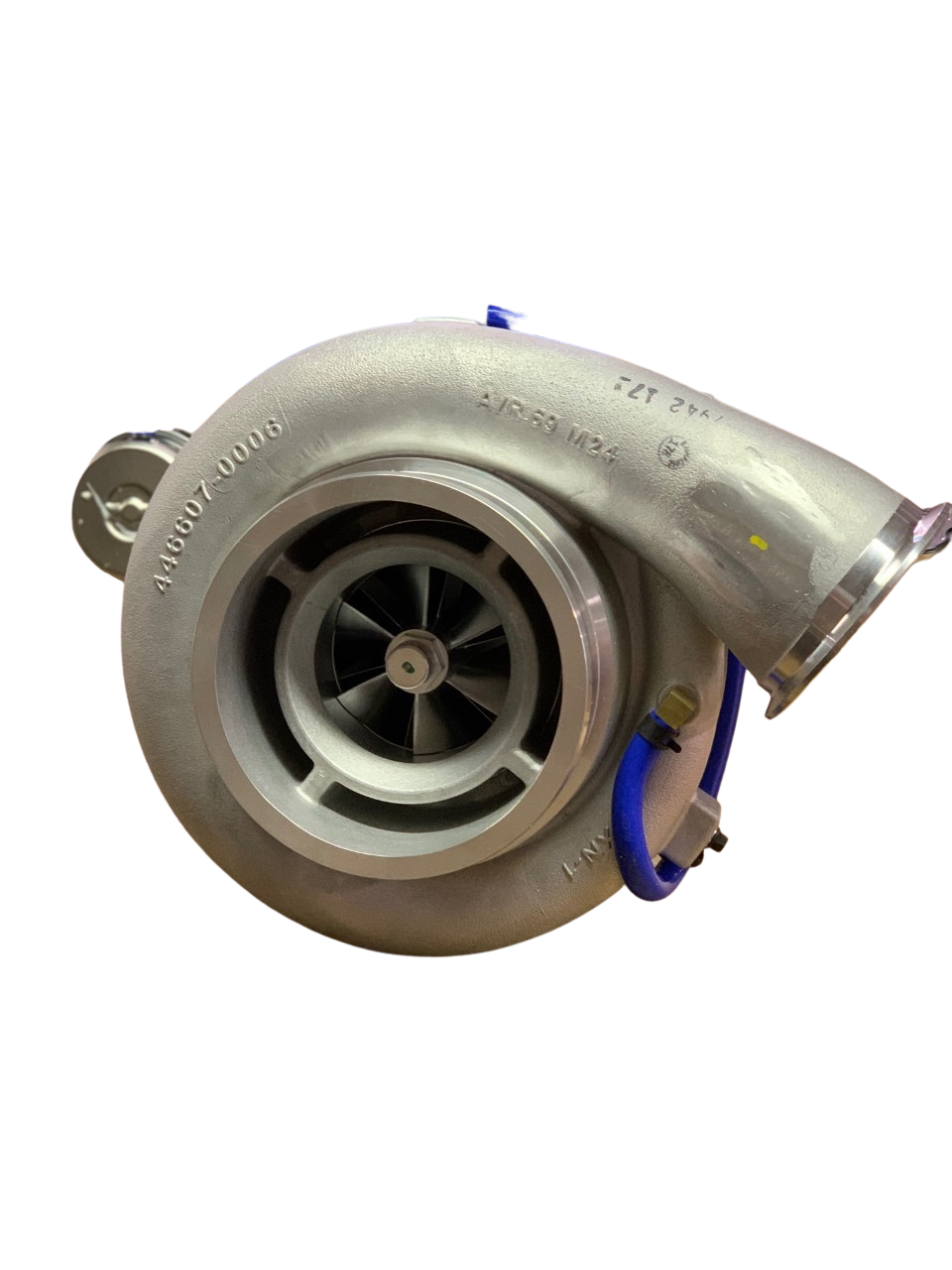 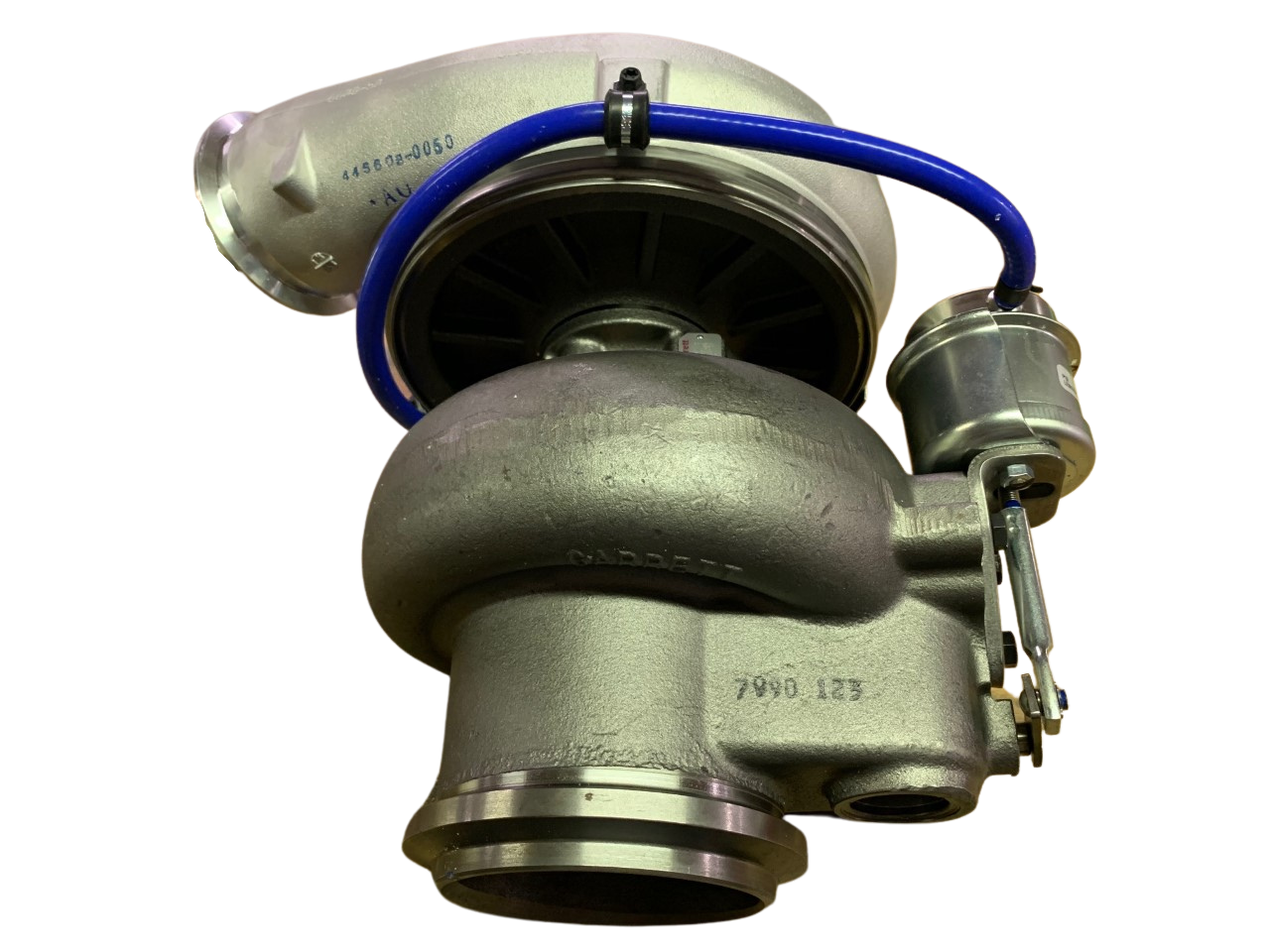 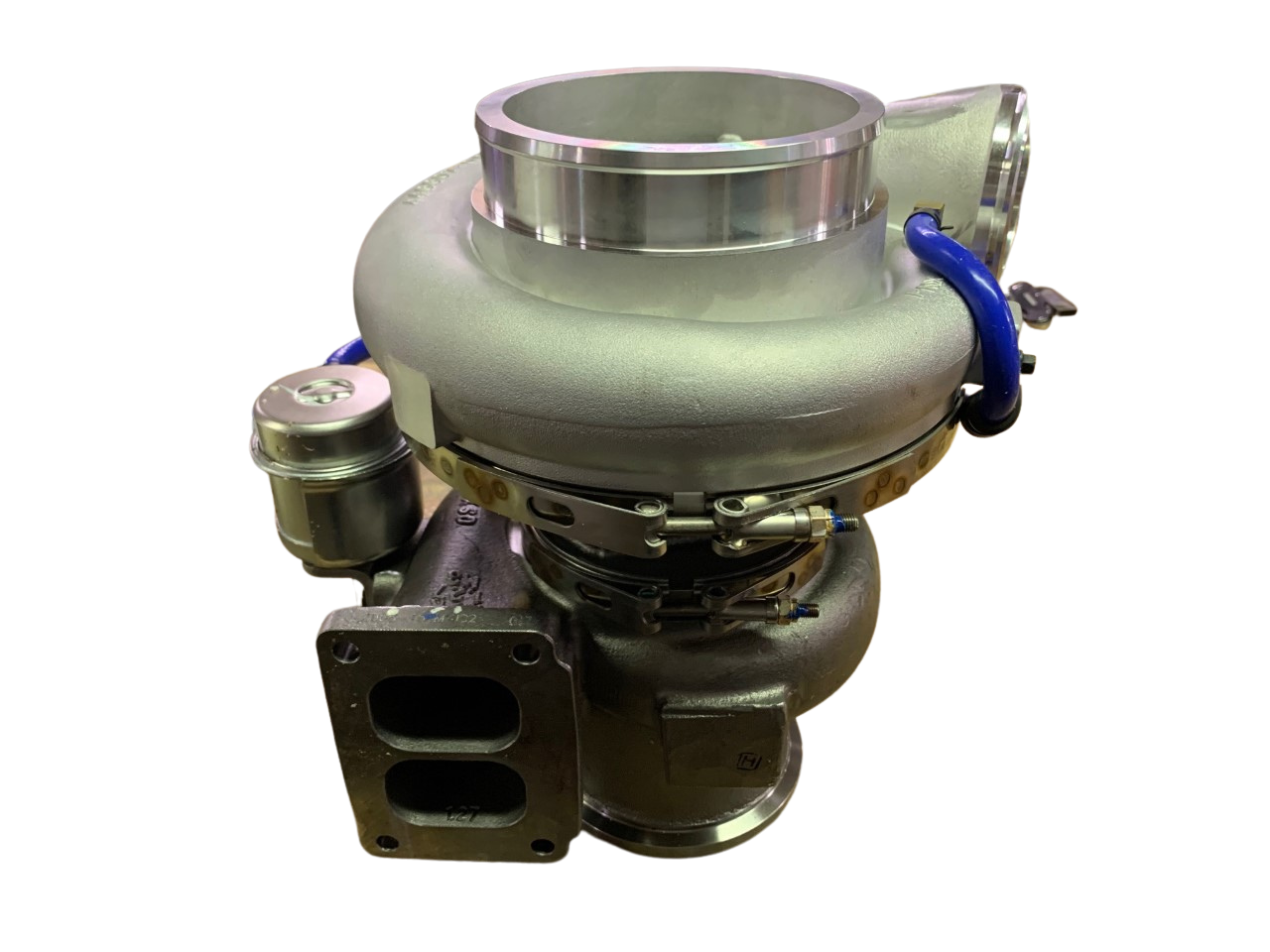 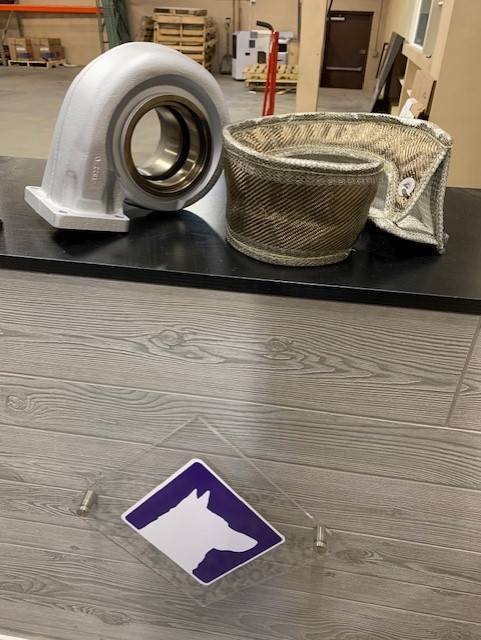 Are Turbo Blankets and Ceramic Coating Worth Your Time?

We often get asked about turbo blankets and ceramic coating on our manifolds and turbine housings, so I thought I would take a second to explain what these heat coatings and blankets actually do.First we need to start with the basics properties of gasses and thermal properties. It's common knowledge that things can expand and [...] 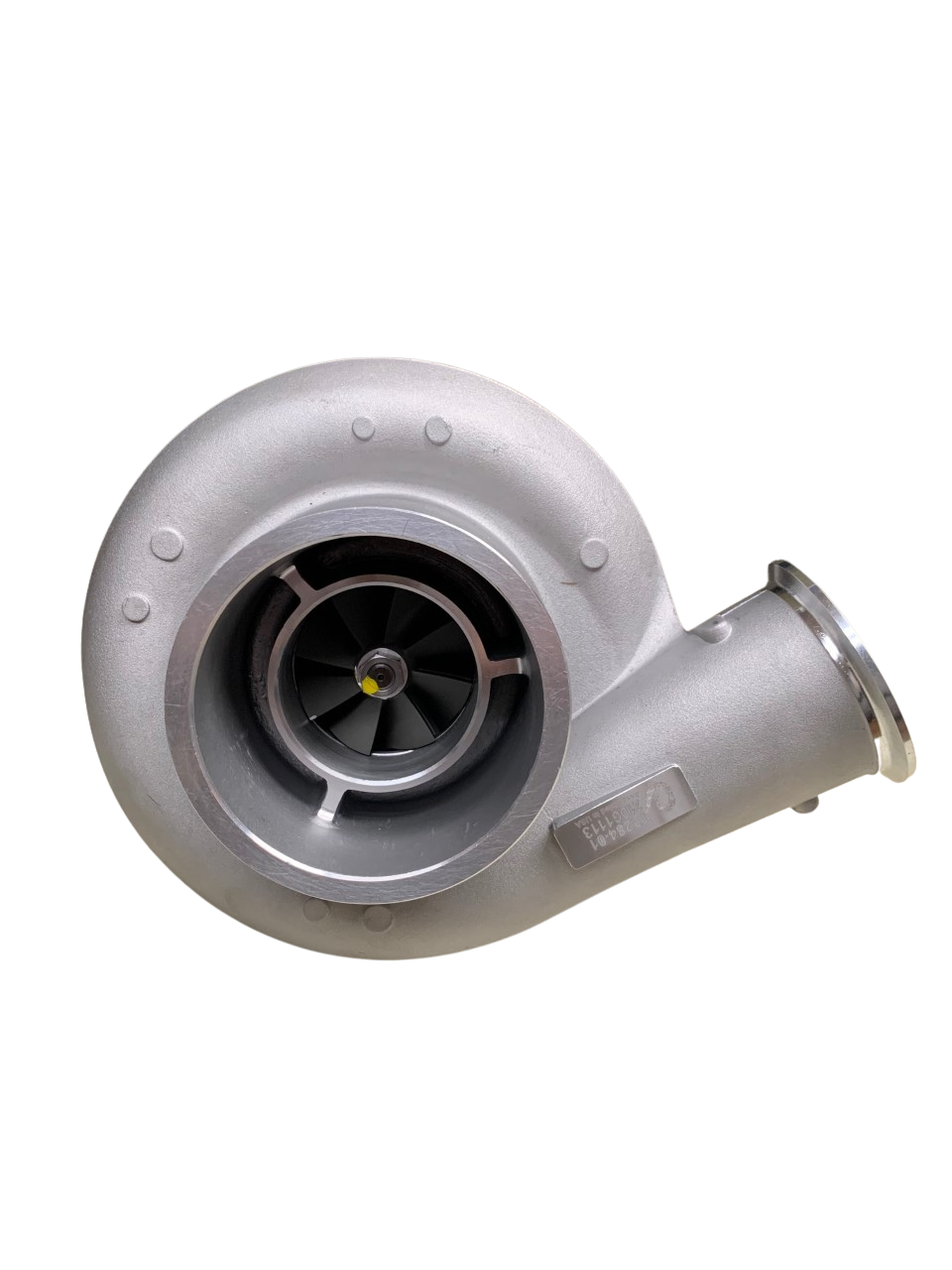 The factory HT60 on the Cummins N14 and 855 engines has a unique flange pattern and abnormal mounting orientation that makes it very difficult to retrofit a more modern upgraded turbocharger.With this in mind, we set out to create an upgrade that was a direct replacement from an installation stand point. Depending on the original [...] 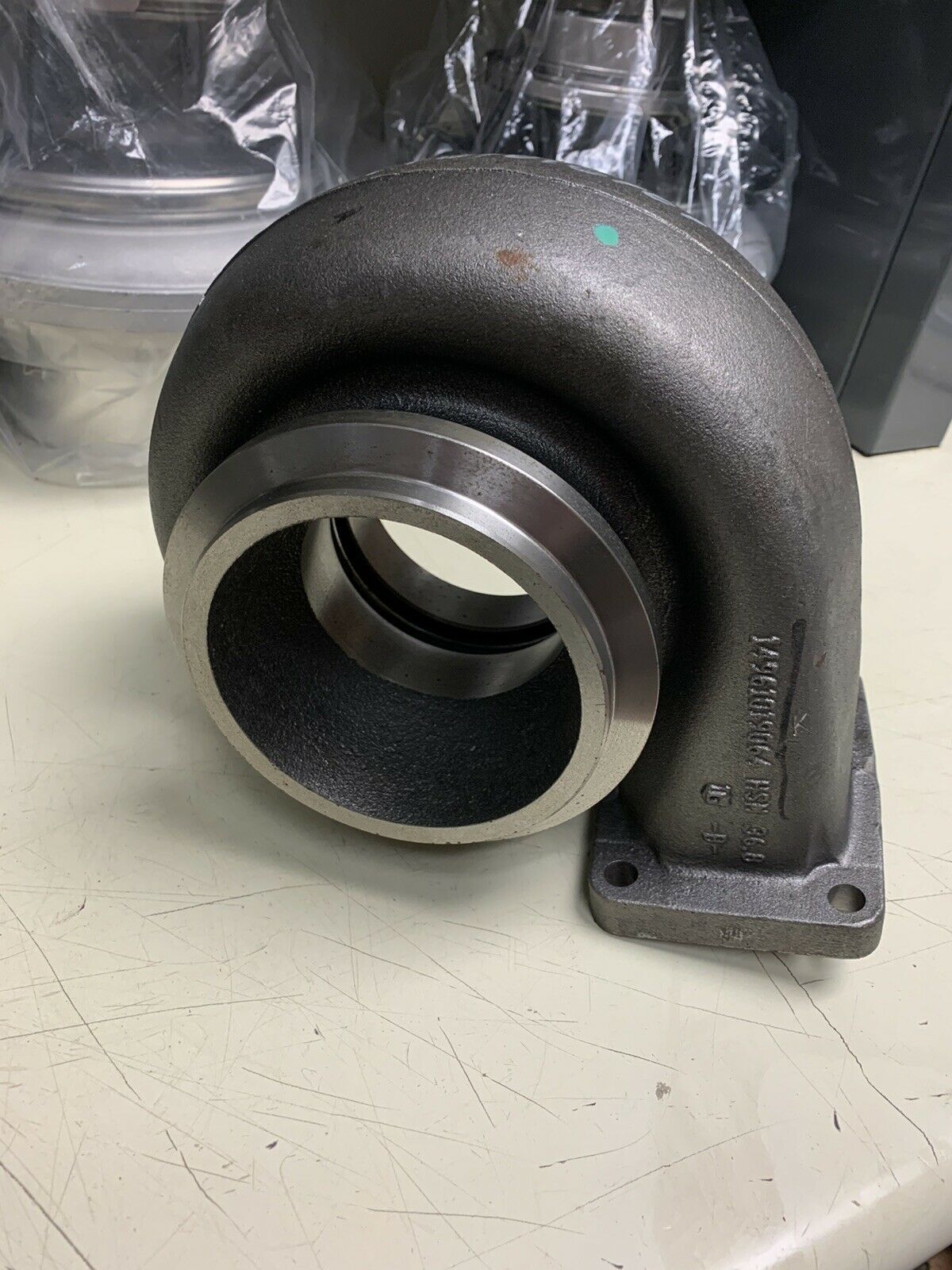 A/R stands for Area over Radius.  Area is the size of the housing inlet and radius is the the diameter of the housing.  Before every keyboard warrior jumps down my throat...this is just a basic explanation for the sake of a general overview -we don't need to get lost in the weeds, we'll leave that [...] 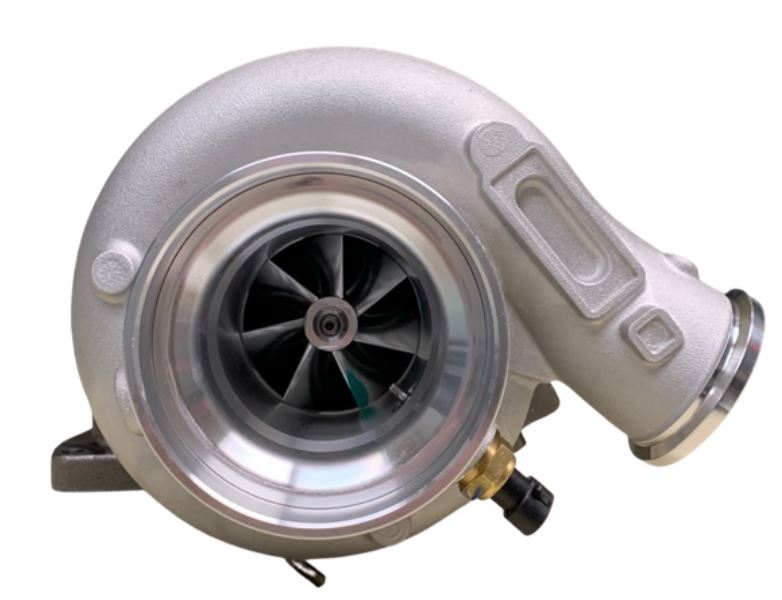 The VGT turbo is nothing new to the Cummins ISX engine, since the introduction of the VGT style turbo on the CM870 ISX in 2003, each new rendition of the ISX has come with a VGT turbo. The latest ISX models, CM2250, CM2350, and X15 have the HE451VE turbo with electronic actuator from the factory.  These [...] 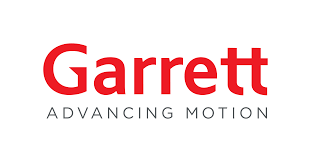 The SDP C15 Acert arguably has the best set of compound turbos ever put on a Caterpillar from the factory, the Garrett GTA5518BR and GTA4294BRS.  What makes these turbos so great?  BALL BEARINGS :)  The compound ball bearing turbos on SDP engine serial prefix engines is easily identifiable by the fins on the cartridge (used [...] 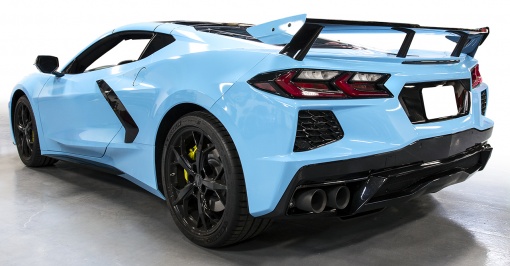 Car enthusiasts started taking deliveries of the all new 2020 Chevrolet Corvette C8 a few weeks ago, that being said - time for upgrades!  Our pals over at SOUL Performance got their hands on one of the first cars off the line; as expected - their exhaust solutions are hand crafted to perfection and have [...] 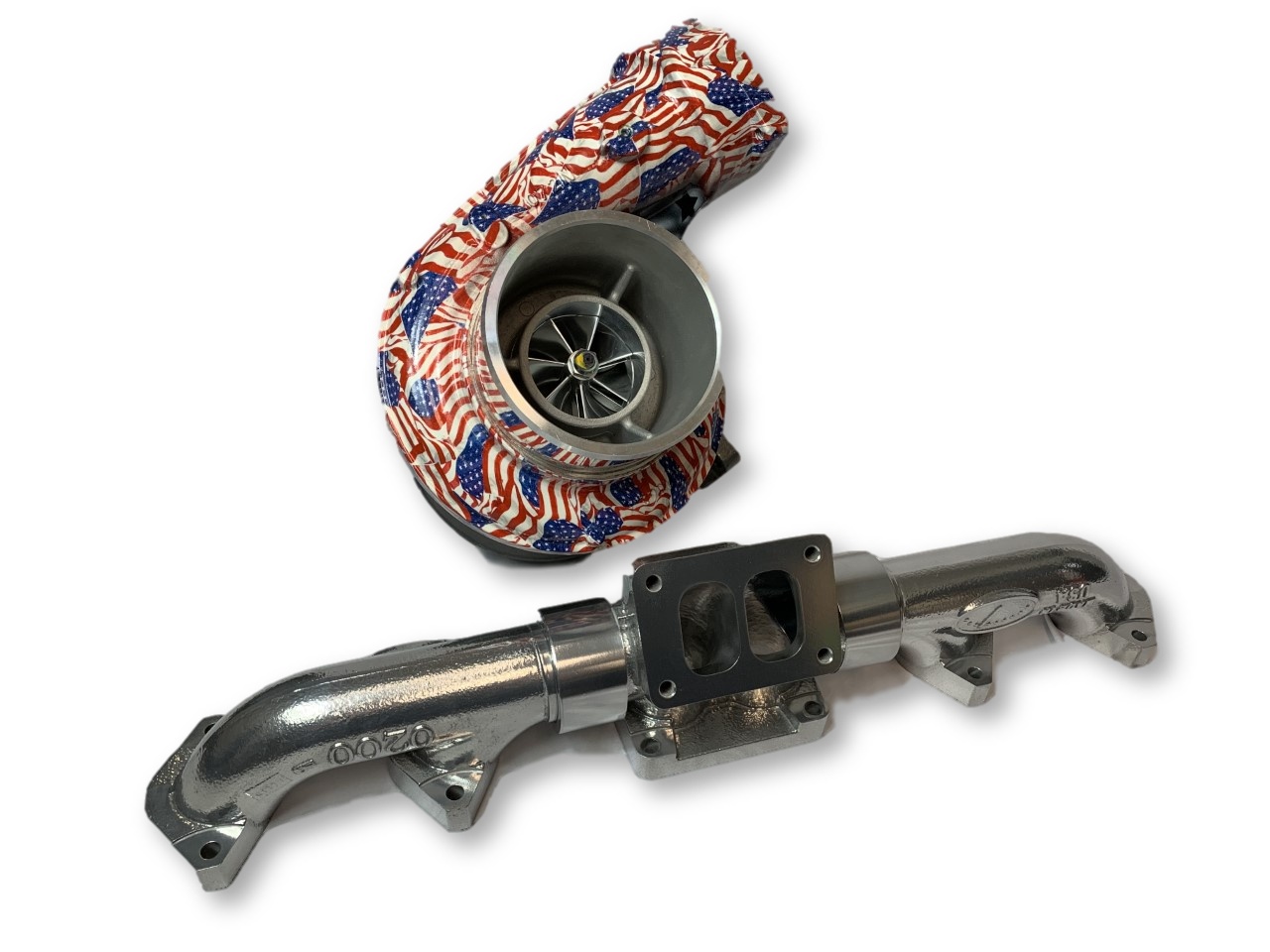 Fitment for Caterpillar Single Turbo Engines; 3406, 5EK, 6NZ, C15 & More!If you have a bad turbo, a cracked exhaust manifold, of if you're just ready to upgrade - this kit is for you!Each kit starts off with a turbo of your choice from BorgWarner or ZekiTurbo.  I am sure you are all familiar with the [...] 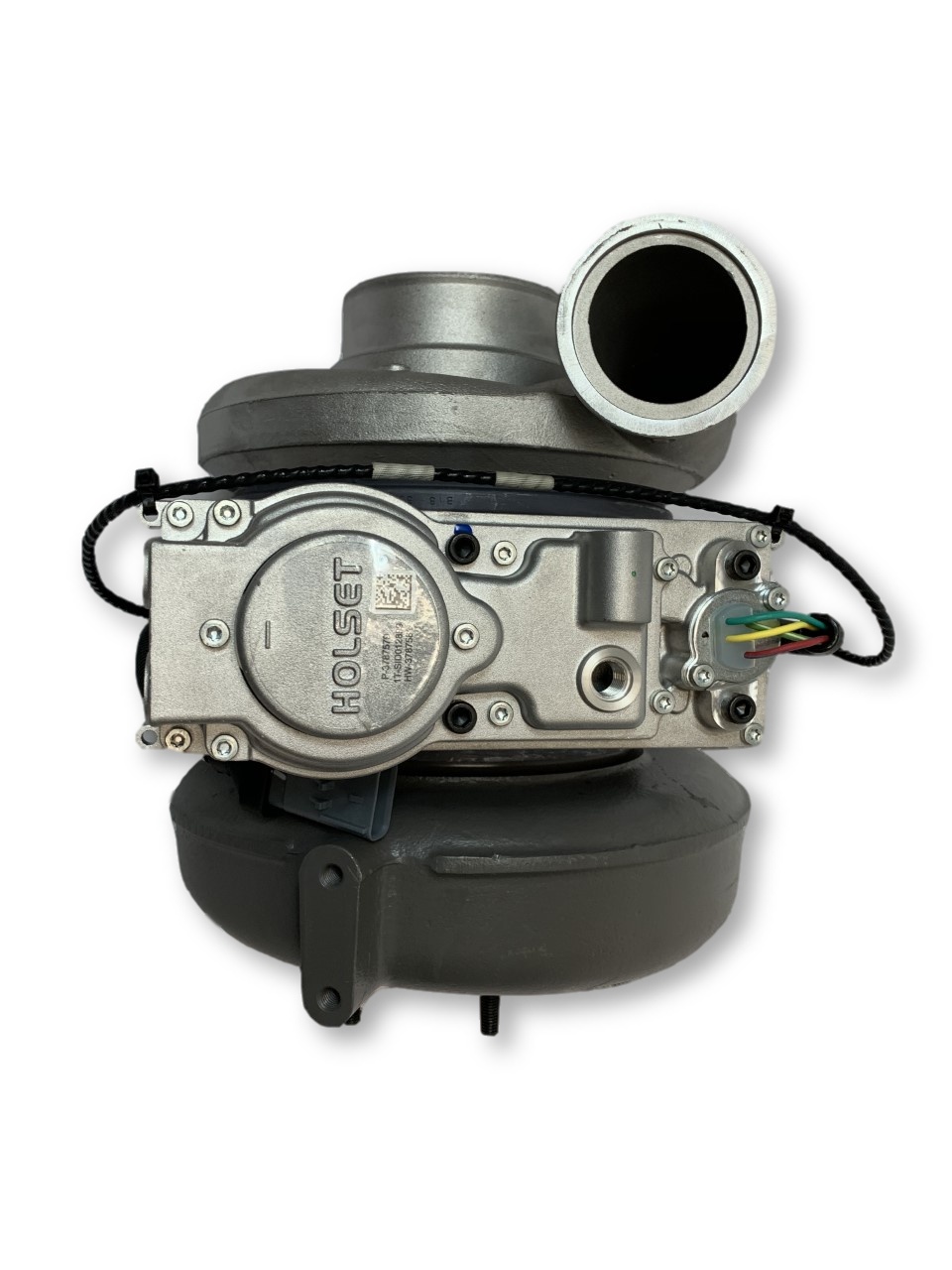 If you have a 2008-2011 trucks with a Detroit Series 60 engine, your turbo salvation has arrived!  The DDEC VI was the last Series 60 configuration available before being replaced by the DD15.  While Detroit primarily used Garrett turbos on their series 60 engines, emissions regulations in 2007 pushed Detroit into switching to a VGT turbocharger [...] 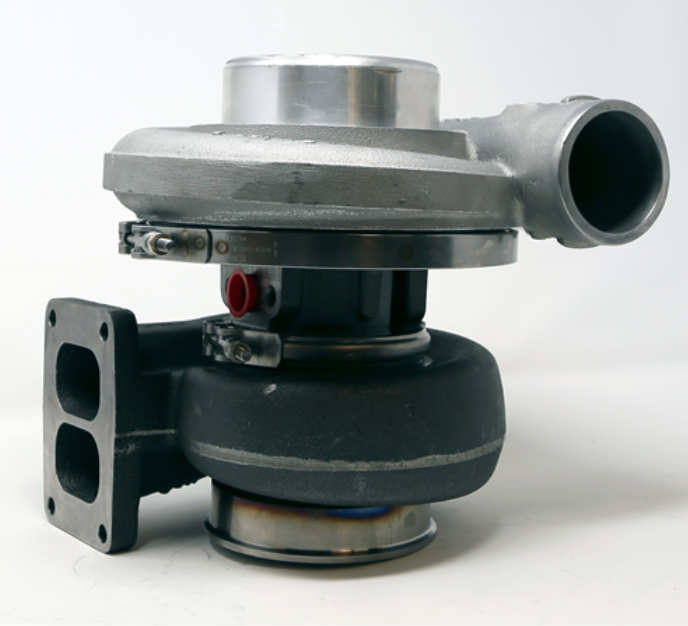 New Turbos Vs Reman TurbosLet's start this conversation out with the most common argument for purchasing a reman over new: reman turbos are cheaper. Sure, the initial invoiced price for a reman turbo might be less then a new - but is it REALLY cheaper in the long run?Let's find out..As an example let's [...]

All prices are in USD.